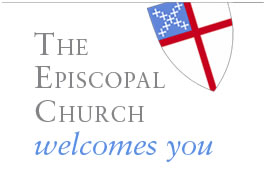 What is the Episcopal Church?

What does the word Episcopal mean anyway?

The word “Episcopal” comes from the Greek word, episkipos, which means “to oversee” or “to see over,” and is usually translated into English as “bishop”. The Episcopal Church is “overseen” by bishops. As an Episcopalian one slowly learns the ancient language of Episcospeak. Episcopalians use a lot of old British words to describe ordinary things, so if you hear one of those words: acolyte, pattan, creedence table,  or sacristy-don’t hesitate to ask, “What in the world does that mean?” We might not know the answer ourselves but we will work to find someone that does.

Our service is full of music and this community likes to sing. On any given Sunday morning we hear scripture readings from the Hebrew Bible, the Psalms, the New Testament and the Gospels. We hear the priest, deacon, or visiting preacher reflect on one of the scripture lessons during the sermon time. We remember and recite one of the creeds from our church history and we have a time of prayer when we pray for the world and the concerns and thanksgivings of our own lives. The centerpiece of our weekly worship is the “Eucharist” (from the Greek word meaning “thanksgiving”), also commonly called Holy Communion, Mass, or the Lord’s Supper, when we remember the work of Jesus on Earth and through His death and resurrection.  We conclude our service with music and are then sent into the world by our deacon’s words to go out from this place and serve others in the name of Christ. 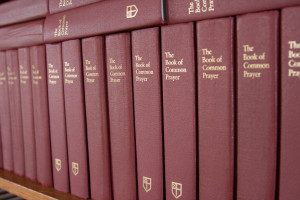 What is the Book of Common Prayer?

One of the treasures of the Episcopal Church is the Book of Common Prayer, first written in 1549 in England and subject to many later revisions, the latest of which was published in 1979 in the United States.  In it you will find the order of our many services:  Morning Prayer, Noon Day Prayer, Evening Prayer, and Holy Eucharist. There are services for Ordination, Baptism, Confirmation, Marriage, and Funerals. You will also find the Psalms, the Catechism (a summary of the faith) of the Episcopal Church, and many, many, many prayers for particular situations in our lives. The Book of Common Prayer is a treasure trove of prayer and worship.